I'd like to be nearer.
It is alleged (not just because of the movie) that the hymn Nearer My God to Thee was the last song played on the RMS Titanic. Passengers were reported to have been slowly singing along as the ship sank. The lyrics are a retelling of "Jacob's Dream" or "Jacob's Ladder," a ladder that would bridge the gap between the heavens and the earth. Nearer My God to Thee was written by Sarah Flower in
1841 and was first put to music by Sarah's sister Eliza Flower. Sarah Flower also, on a holiday in Scotland to visit the radical preacher William Johnson Fox, set the female record for climbing up Ben Lomond (pictured above). The hymn is most commonly set to the 1856 tune "Bethany." In 1841, Sarah also published her longest work, Vivia Perpetua, A Dramatic Poem. She wrote poems and political verses
that advocated for the equal treatment of the working class. She turned to acting in 1837 and at Richmond, played Lady MacBeth. She died at the age of 43 and was buried beside her sister who preceded her by two years. At her grave, He Sendeth Sun, He Sendeth Shower was played.

I don't particularly know why I'm sharing this. I'm not totally sure why the hymn occurred to me. I do indeed want to be nearer. I'd like to be nearer to you, to my friends, and to my family. There are certain paintings that of course draw me nearer. But perhaps that is only the set up.

SARAH NEARER FULLER FLOWER includes works by Calli Moore, Risa Hricovsky, Jennifer J. Lee and Rachel LaBine. LaBine's work functions along a seductive axis. There is an open and generous invitation to look closely... and slowly. There is an eloquence that is both familiar and unworldly, a nod perhaps to poetry as such. One is reluctant to use a word like "games," but there are games to be enjoyed
and therein, discoveries.

Jennifer J. Lee's paintings contain imagery that turns on its viewers. The execution of the painting and indeed Lee's oeuvre indicate work for the viewer to do. Discoveries come with questions. Questions prod pause, skepticism, and reflection and, like the end of Julio Cortäzar's Hopscotch, we loop back to the beginning from the end, forming questions about the work, the jute it's painted on, the formation of the couches, stocks, and on.

Risa Hricovsky's work "gives rise to misperceptions." This is an altogether valuable pursuit. When the prey throws the hunter off the scent, the dynamic shifts. The observed observes. It's a flawed presumption that art is something we are supposed to "get." Art is a tease, a poke, or as Carolyn Kristov-Bakargiev writes, "an invitation to the riddle of ambiguity." The pleasure is located precisely in the ambiguity and its resistance to capture.

What precisely are Calli Moore's works? They continue to exist in as much as they resist finite definitions. They twist. conceal and shine, revealing the magic trick during its performance. The invitation isn't to "get" them. They aren't something you "get, explain, or define.

So it is with the work of Risa, Rachel, Jennifer and Calli. There are parallels, intersections, overlaps and echos in the work of these four artists but there isn't an overarching theme, thesis or concept.

The invitation is instead to simply draw nearer. 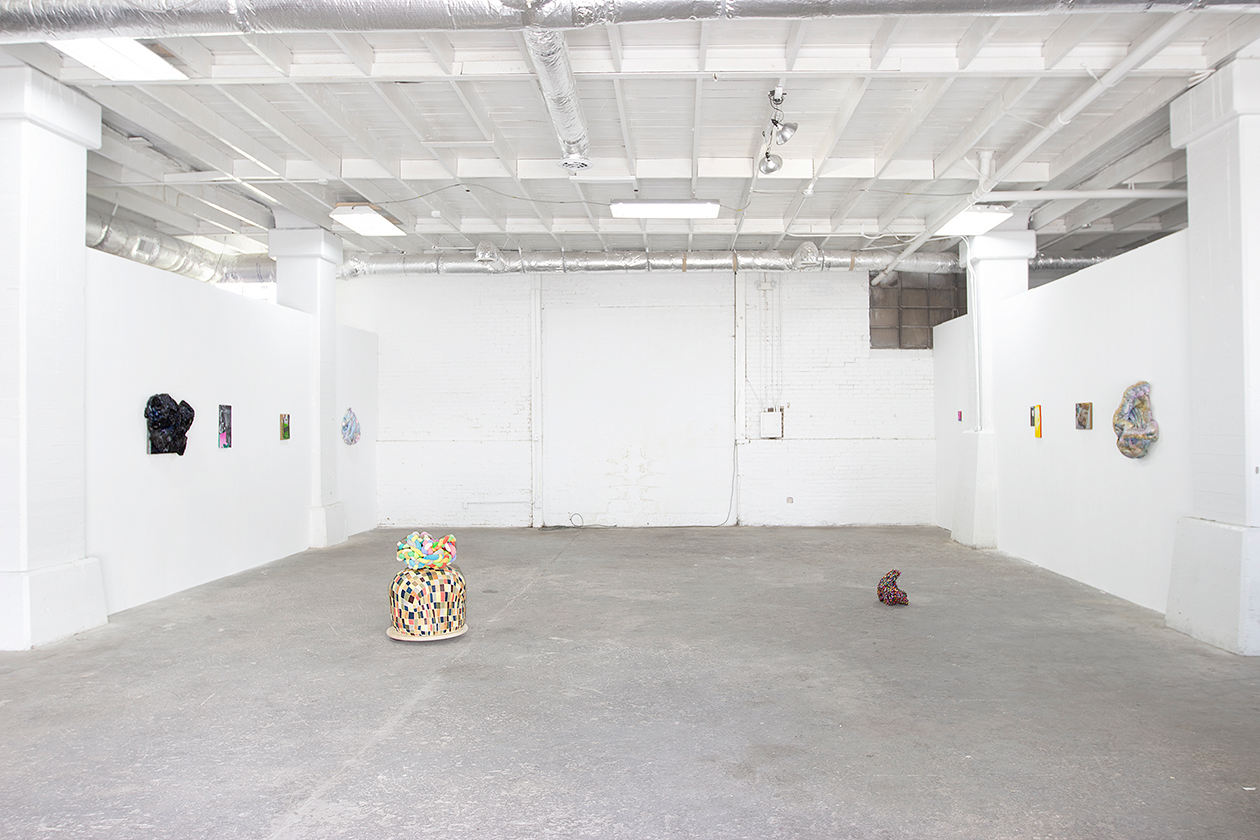 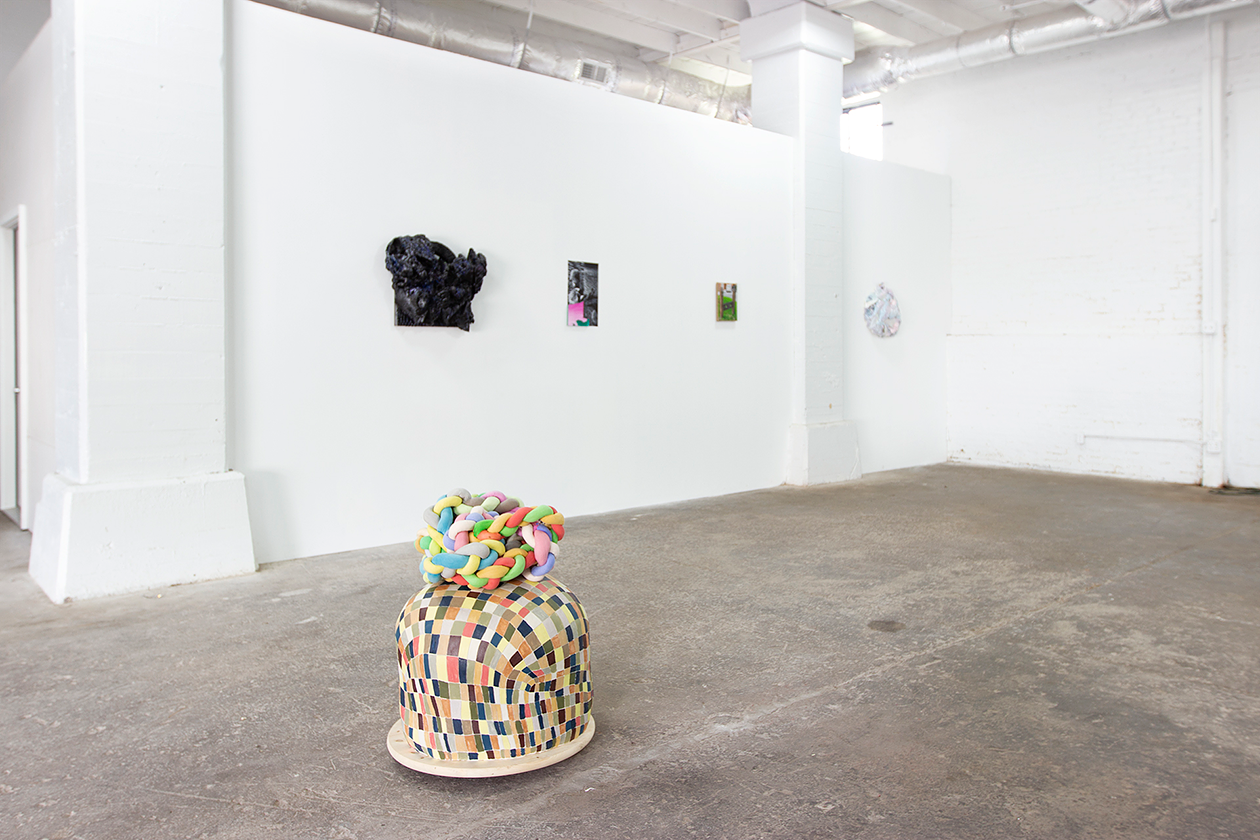 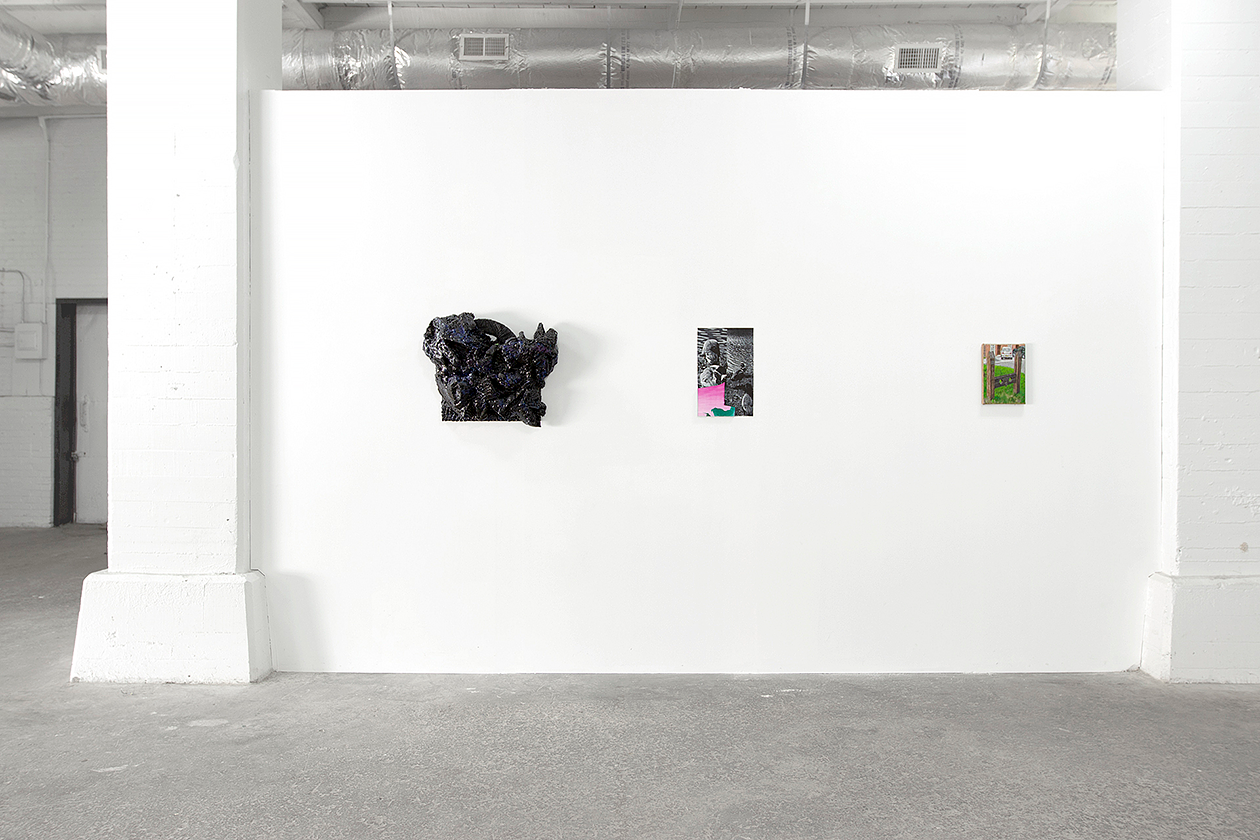 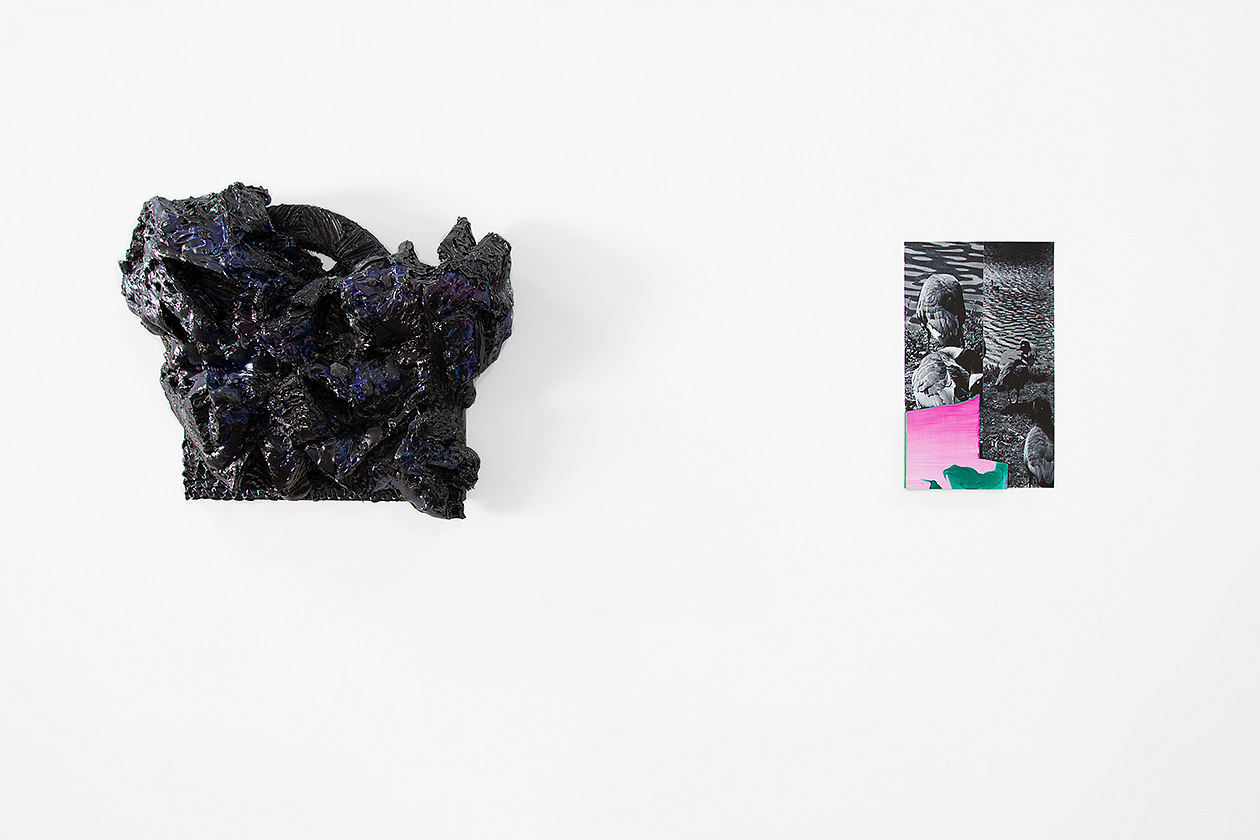 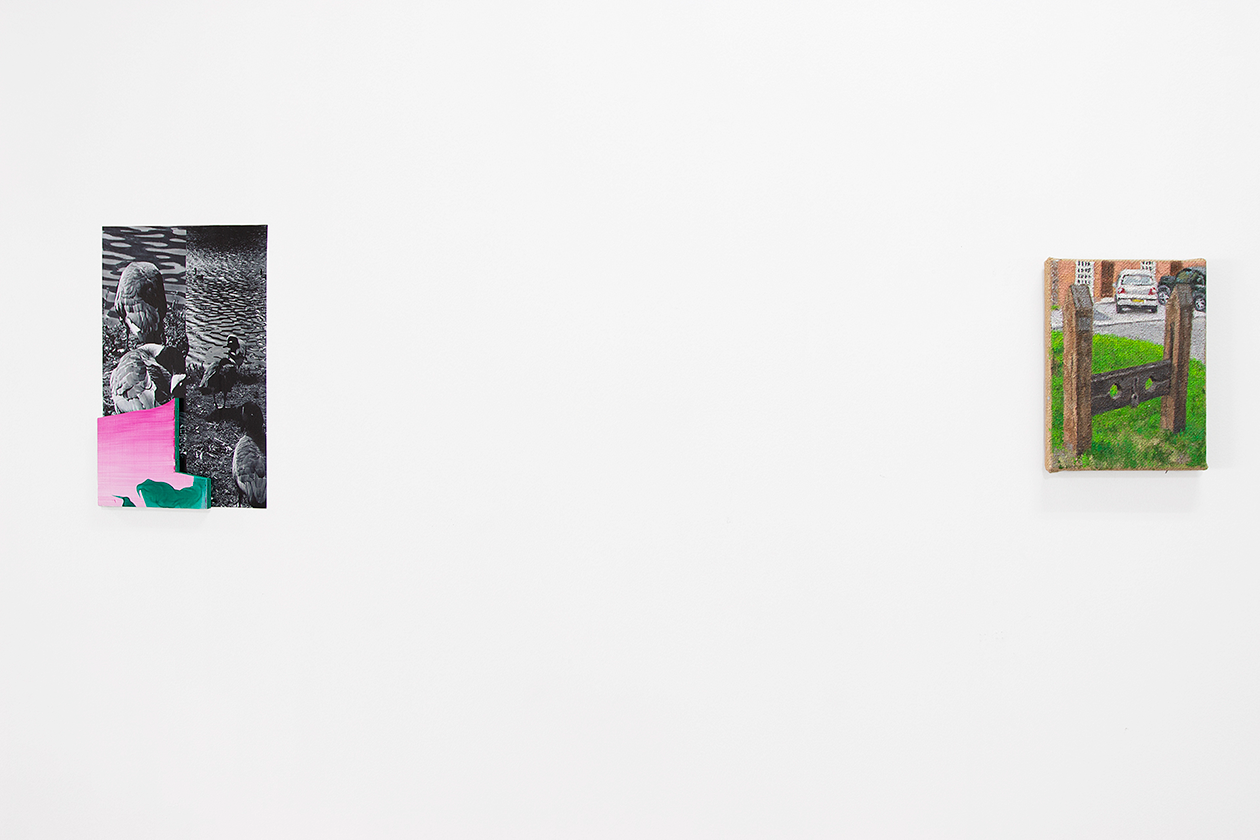 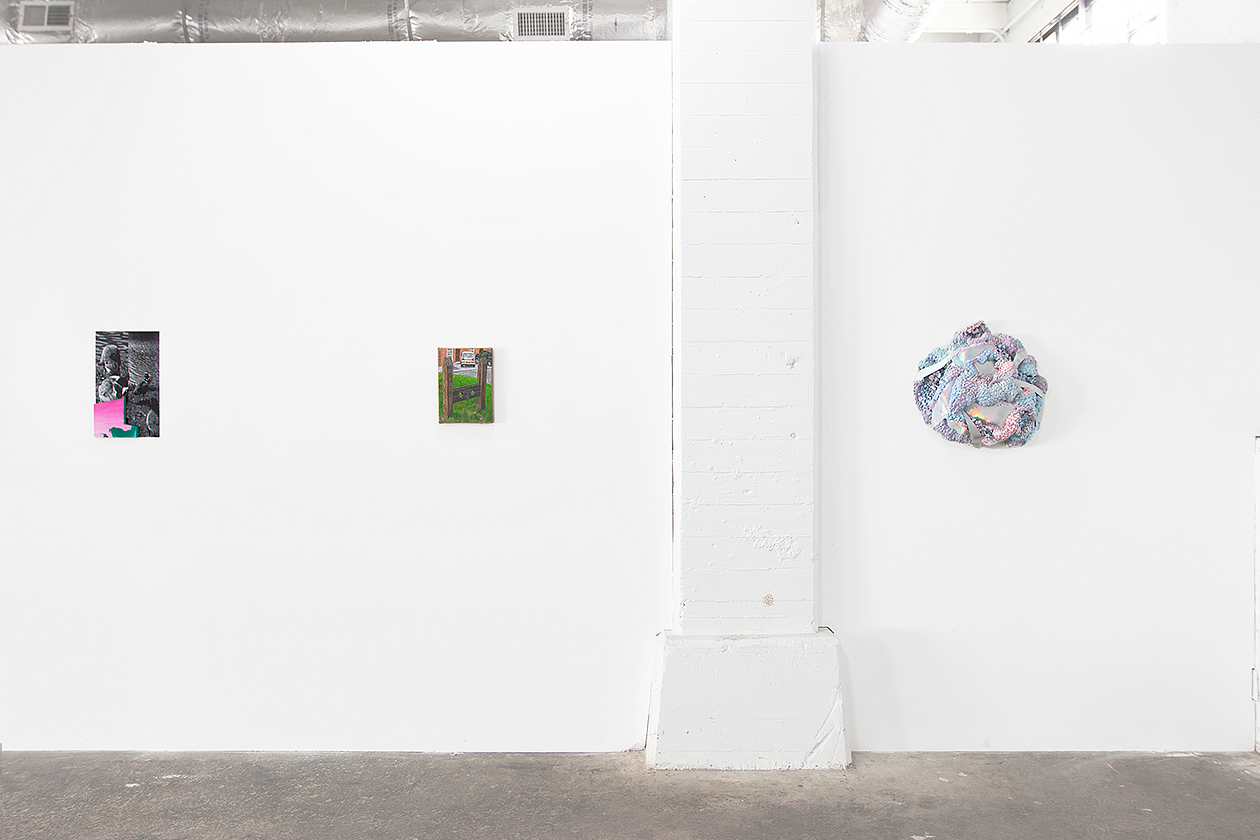 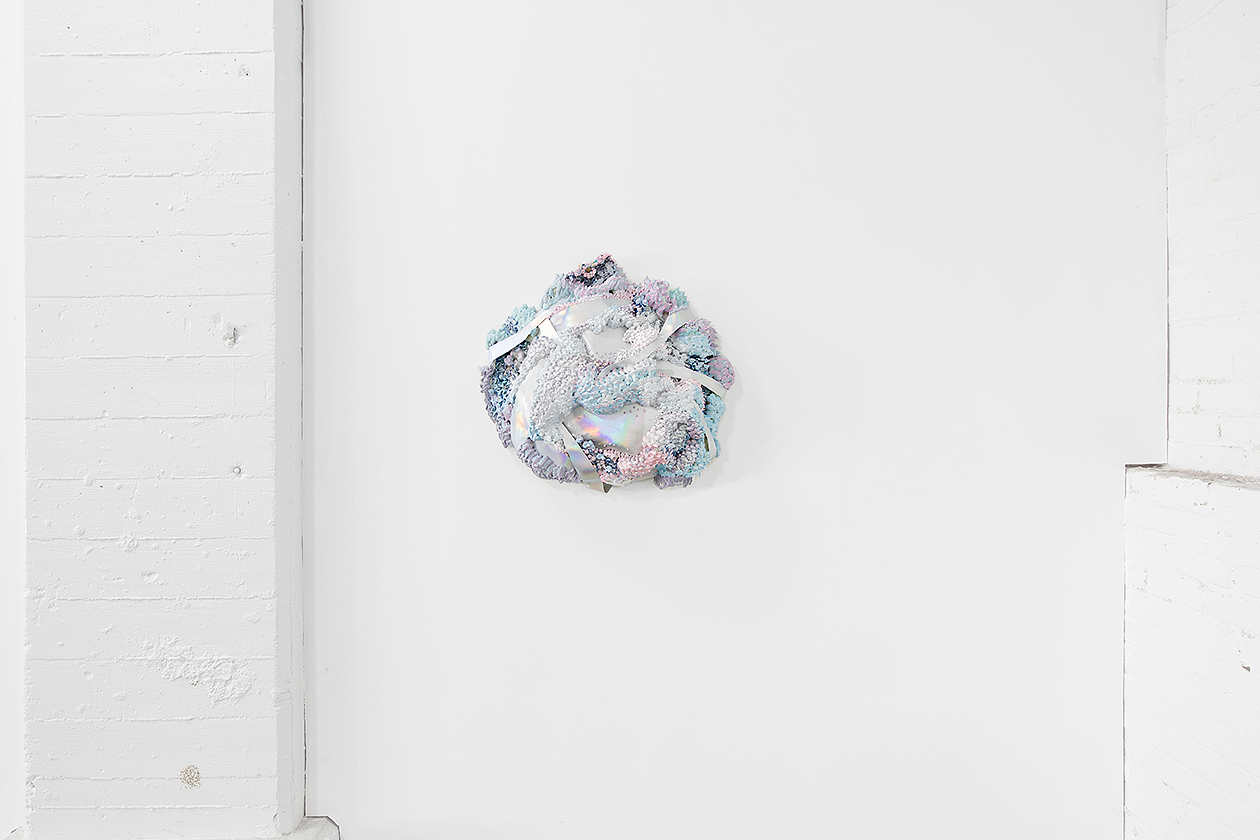 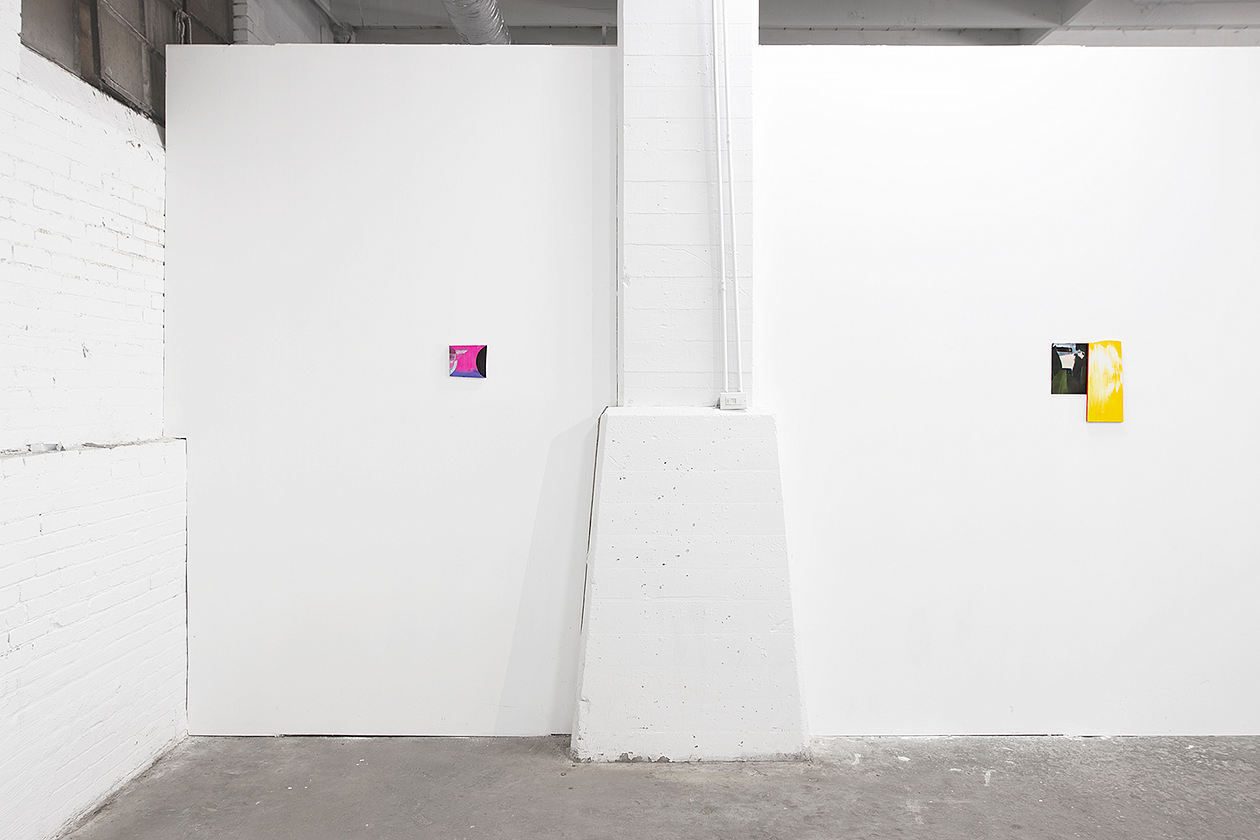 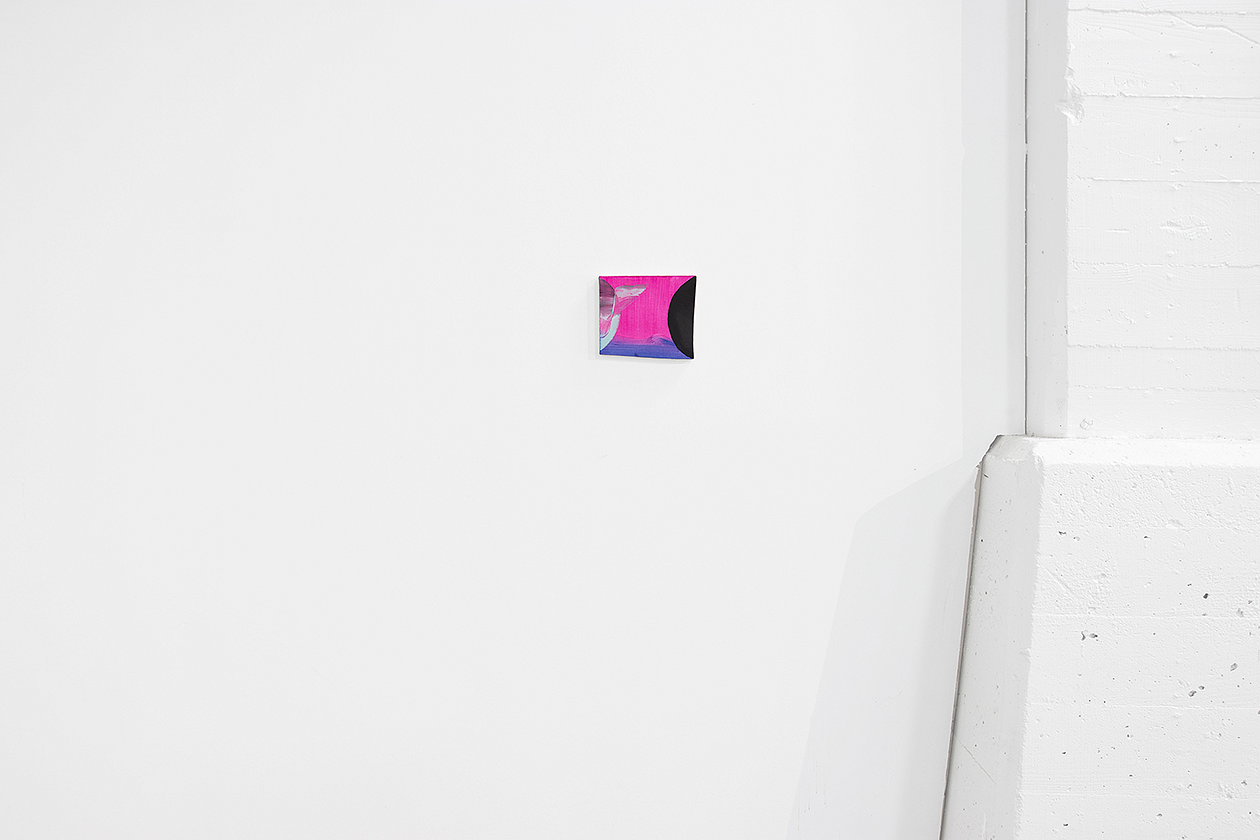 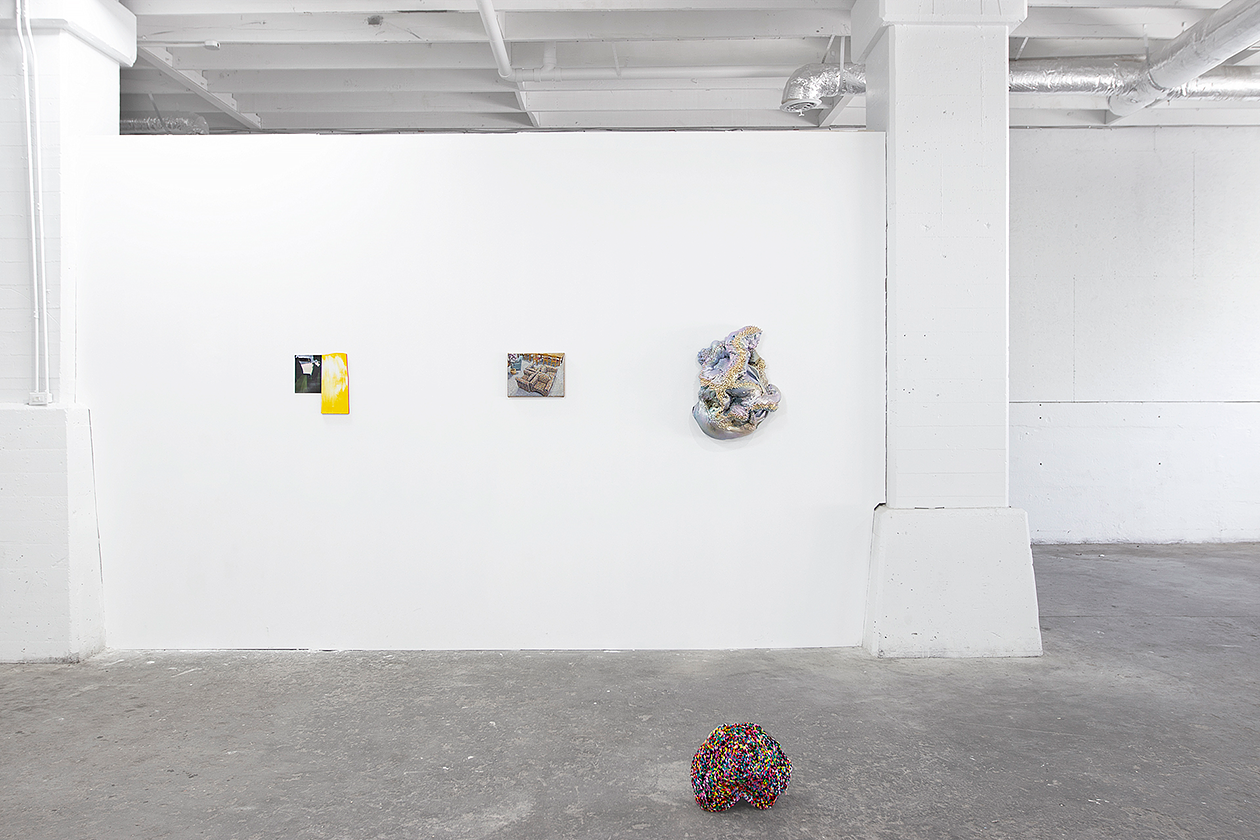 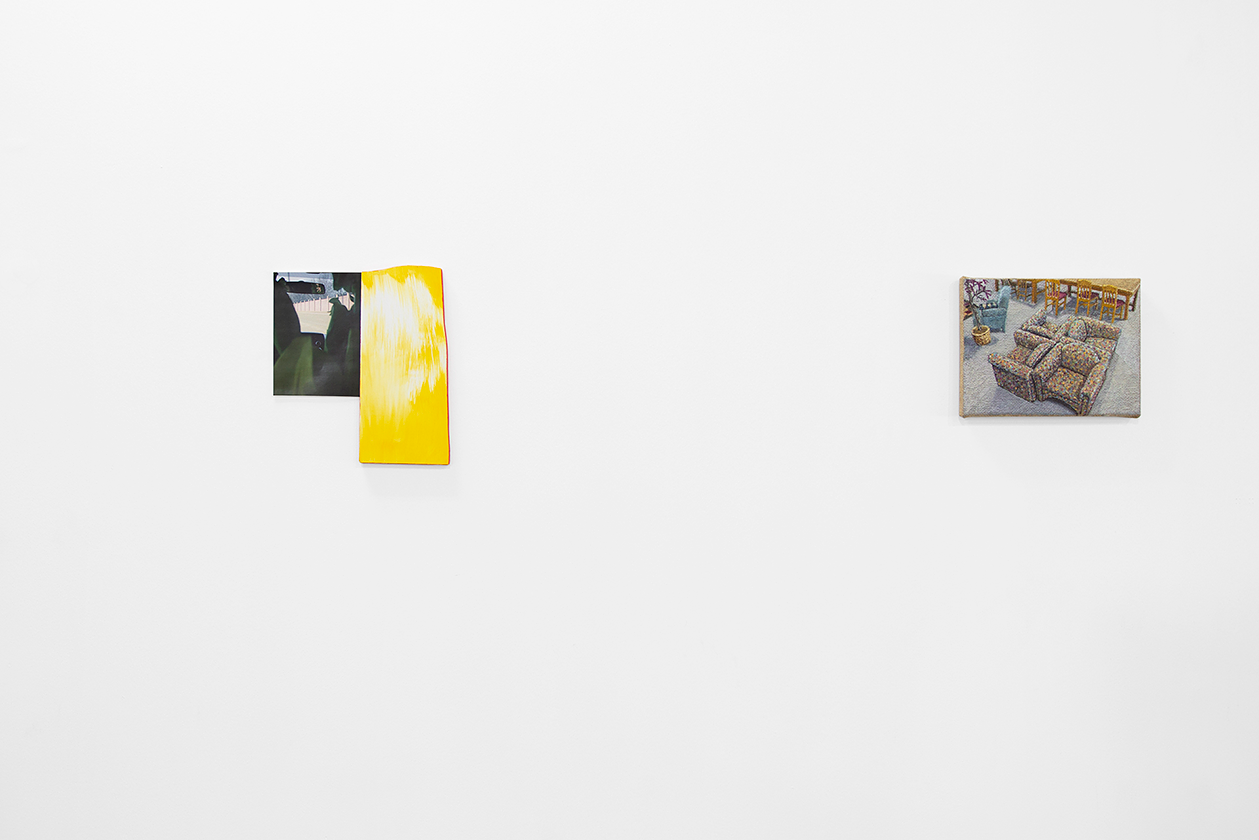 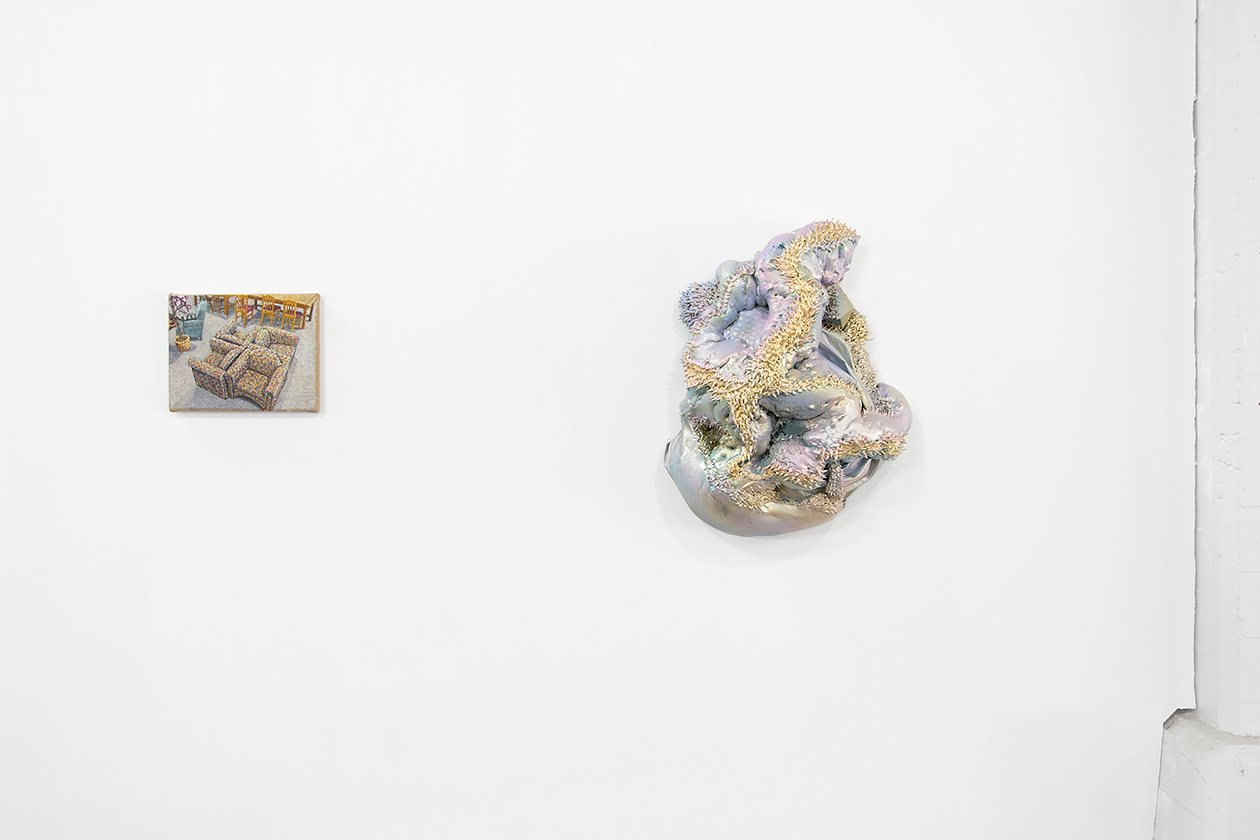 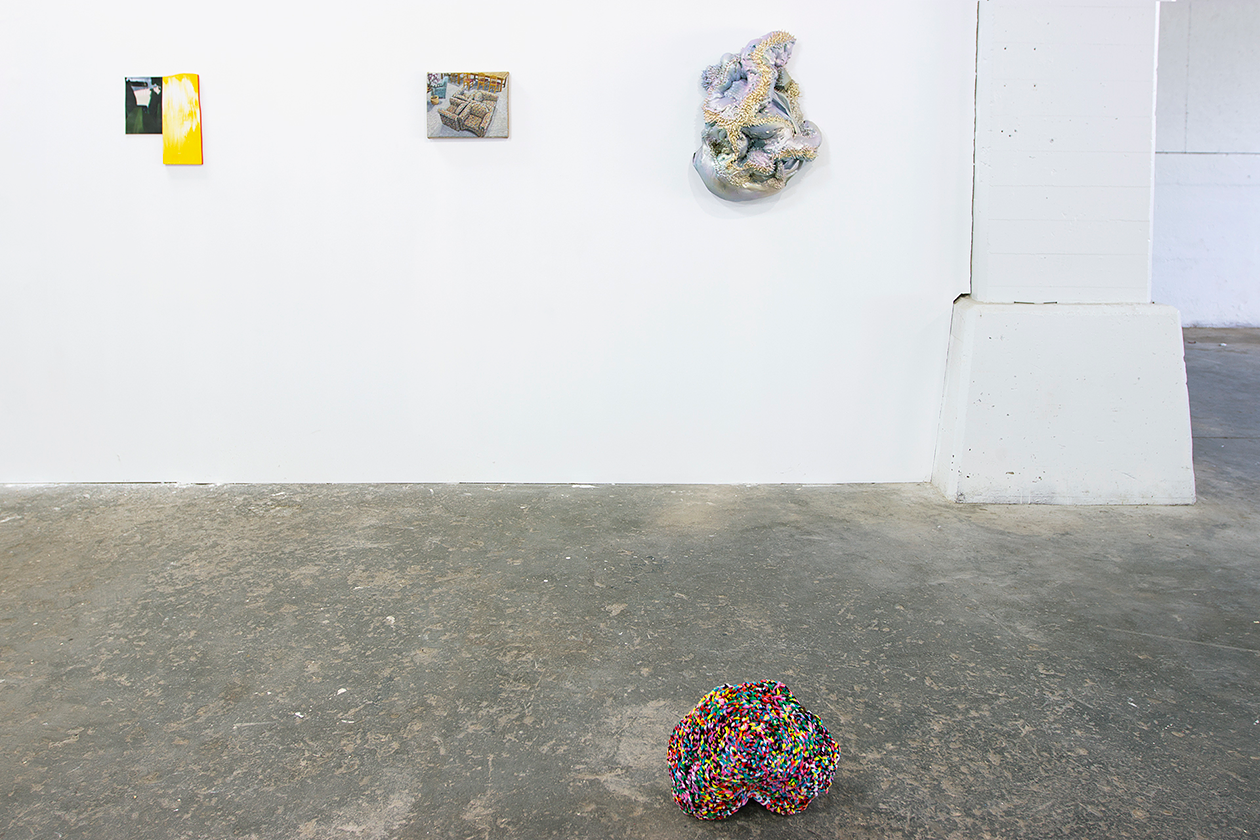